How to Write a Job Appointment letters: Sample Format & Templates 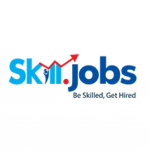 A job candidate who is chosen for the position will receive an official job appointment letter from the company. It is a formal document that attests to the appointment of the applicant for a certain position. The letter contains numerous information, including the new candidate’s KRAs (Key Responsibility Areas), compensation, incentive structures, bonuses, joining dates, etc. After the candidate has accepted the offer letter, the appointment letter is often sent. It validates the offer provided by the employer that the candidate has accepted and binds the final communication between the organization and the employee.

How to write an appointment letter step by step

Now that we are familiar with the fundamentals of an appointment letter, let’s examine its contents.

Despite the similarities between an offer letter and an appointment letter, there are still some distinctions all are mentioned below :

Job seekers must submit an application letter whenever an employer has conducted recruiting to hire people who are actively seeking employment. The call letters for the chosen candidates will be drafted or mailed to their addresses, and they will be contacted for the interview. Once the ideal applicant has been chosen, they will be given an appointment letter as confirmation of their appointment to the position. The appointment letter template format is shown here in Word.

Here are a few examples of appointment letters that should be given to an employee after they have successfully completed an interview and been chosen for the position they have been hired for, whether it is as a Software Engineer, Web Developer, SEO Expert, accountant etc.

In order to teach newcomers and students who are already pursuing their degrees information of the working environment in organizations, firms occasionally offer internships to these groups of students. These internships will only last a few months, sometimes three months and other times six months, depending on the needs of the organization. These internships typically teach interns a lot.

With a click, create appointment letters by skill jobs

Skill Jobs is One of the most popular employment sites in Bangladesh, talent jobs enable companies to get appointment letter templates as well as other HR letters including offer letters, relieving letters, virtual internships, job placements, real-life training, etc. They also make it possible to modify the letter templates in accordance with certain needs.

How to Prepare for a Job Interview: Tips & Tricks

How to Write a Job Appointment letters: Sample Format & Templates